Clues about how Nikolas Cruz slipped through cracks are emerging.

Bombshell claims alleging collusion between Broward County law enforcement and the Broward school district to protect criminal students from arrests and disciplinary action have been leveled by a journalist familiar with the protocols in practice.

According to information currently available, Parkland mass shooter Nikolas Cruz was visited by local law enforcement 39 times over the course of seven years and was also reported to the FBI at least twice, leaving many to wonder how he slipped through the cracks, evaded arrest, continued attending school, and legally purchased firearms that he would later use to kill 17 of his former classmates and teachers.

Some clues may have emerged from a report chronicled by the editors of the Conservative Treehouse (CTH), an independent blog, who have provided corroborating documentation that paint a very convincing picture for the circumstances that may have enabled Cruz to slip through the cracks. 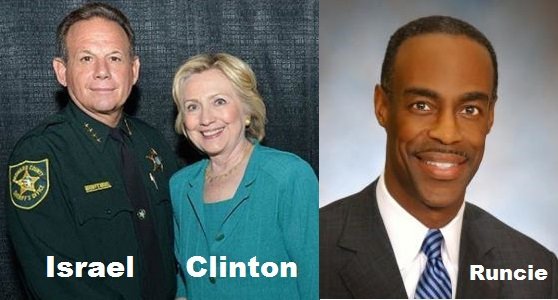 “The motive was simple. The school system administrators wanted to ‘improve their statistics’ and gain state and federal grant money for improvements therein.”

The 2013 “Collaborative Agreement On School Discipline” between the School Board of Broward County and the Sheriff of Broward Country, as well as the Fort Lauderdale Branch of the NAACP and a variety of other state and local legal bodies, can be found HERE.

In short, the agreement established new standards and practices by which law enforcement would seek alternatives to arresting students who had committed crimes or “minor disturbances,” with a specific focus on “students of color, students with disabilities and LGBTQ students,” who were “disproportionately impacted by school-based arrests for the same behavior as their peers.”

CTH asserts that the types of lawbreaking being swept under the rug quickly escalated from minor offenses to serious felonies.

“The need to continue lowering the arrests year-over-year meant that increasingly more severe unlawful behavior had to be ignored. Over time even the most severe of unlawful conduct was being filtered by responding police,” CTH writes. “We found out about it, when six cops blew the whistle on severe criminal conduct they were being instructed to hide.”

The Miami Herald alluded to the types of oversights and ‘missed’ signs that enabled Nikolas Cruz to glide through the system in a report on Wednesday.

“And long before Cruz embarked on the worst school shooting in Florida history, Broward Sheriff’s Office deputies had multiple warnings that the 19-year-old was a violent threat and a potential school shooter, according to records released Thursday.”

“In November, a tipster called BSO to say Cruz ‘could be a school shooter in the making,’ but deputies did not write up a report on that warning. It came just weeks after a relative called urging BSO to seize his weapons. Two years ago, according to a newly released timeline of interactions with Cruz’s family, a deputy investigated a report that Cruz ‘planned to shoot up the school’ — intelligence that was forwarded to the school’s resource officer, with no apparent result.”

On Wednesday, Broward Sheriff Scott Israel revealed that an armed Parkland school officer, Scot Peterson, arrived on the scene at Marjory Stoneman Douglas High School as Cruz was in the process of killing 17 innocent victims, but never went inside the building to render aid.

What Percentage Of Mass Shootings Happen In ‘Gun Free Zones’? The Number Is Stunning.Broward County Sheriff Under Fire – Should he be removed?