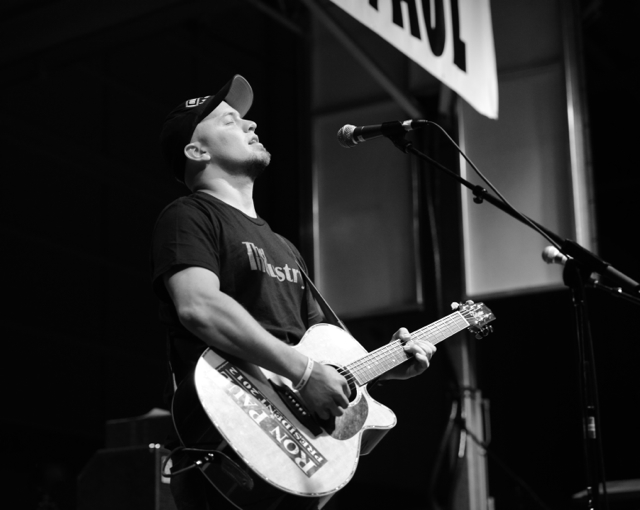 Calling all Oathkeepers:  The Arm Yourselves Initiative

Oathkeepers, in partnership with CATI Armor, are asking for support from our members to help raise money to get liberty artist and honorary OK member Jordan Page’s powerful 2nd amendment anthem ‘Arm Yourselves’ professionally recorded and to produce a music video. We will be adopting Arm Yourselves as a national theme song and will use it and the music video as a flagship tool for direct outreach to active military on bases in the US. The video will feature Oath Keepers from around the country standing in solidarity against state violence and corruption.
Here is a live performance of Arm Yourselves from Jordan’s performance at PAULfest in 2012.

The GoFundMe page has already raised $5,345 toward the goal of $10,000. Please donate generously and share the page with your friends, family, and all those that value our 2nd Amendment right to keep and bear arms. Let’s get Jordan far beyond his goal so we can produce a high quality hard-hitting video to bring this message to the mainstream.

Editing in: The lyrics for the song “Arm Yourselves” —

Arms yourselves for the hammer’s crashing down
Arm yourselves all ye citizens
Arm yourselves with the ghost of a risen son
And lay your armor on
There’s no time left, the day has come

Some men say they won’t be taken
From my cold dead hands my dear
Most men live as slaves to their ignorance
But now the truth’s becoming clear, so

There are birds of prey in the skies with murder in their eyes
Far below our armies crash
As choirs sing Hallelujah
Force multiplies in the street like symphonies of pain
Can you hear the violins(ence) play
As children sing Hallelujah?

Arm yourselves little lambs for the culling is at hand
And the wolves have come to dinner
I can hear them at my door
Come celebrate little slave before you dig your grave
Pick your poison, drink it slowly
But I say no more

Note: Jordan will be playing this next weekend, August 29, at the Appalachian Mountain Oath Keepers Summit. Come out and hear him play live and meet him.  See our announcement here:

And a note from Stewart Rhodes, Founder of Oath Keepers:

Jordan Page is a true freedom fighter musician and patriot. He has supported Oath Keepers !00% from the very beginning, and nearly always wears our hat when he performs. He is one of us. I am honored to call him friend and brother. He has amazing talent as both a song-writer and performer, and yet he has set aside a promising “mainstream” career to focus on the fight for liberty. He is a warrior for truth and liberty and his guitar and voice are his weapons in the battle against tyranny and ignorance. Jordan writes all of his own lyrics, but as he will tell you himself, they come to him from somewhere else, and he has the humility to acknowledge that. He is a devout Christian and holds the conviction that this is his purpose in life. This is his path. Like me, he is the proud father of five children. And like me, he has a wonderful wife who supports all he does.

His song, Arm Yourselves, is a powerful anthem for those of us who take our oaths seriously, and are willing to stand in the gap as warriors. And this song is definitely for the warriors. As Elias said, it will feature Oath Keepers members and also some of our Three Percenter brothers, who were at Bundy Ranch, Sugar Pine Mine, Ferguson, Lincoln, MT, etc. These will be actual combat veterans and veterans of public stands against tyranny. This song and video will be used as part of a program to put boots on the ground outside military base to pass out DVDs and flash-drives to current serving military service members to wake them up to what is going on in our country. On that DVD will be music, speeches, and written documentation of the threats this nation faces from the domestic enemies of the Constitution and what can be done about them. We will also give it out to veterans.  It will be our most powerful outreach tool yet. Please help our mission by helping Jordan record this song and get this video made.

.
.
Addendum: Stewart Rhodes asked me to include an additional video of Jordan Page doing the song “Liberty”.
.
.
[ot-video type=”youtube” url=”https://www.youtube.com/watch?v=Bitxwy6okn4″]